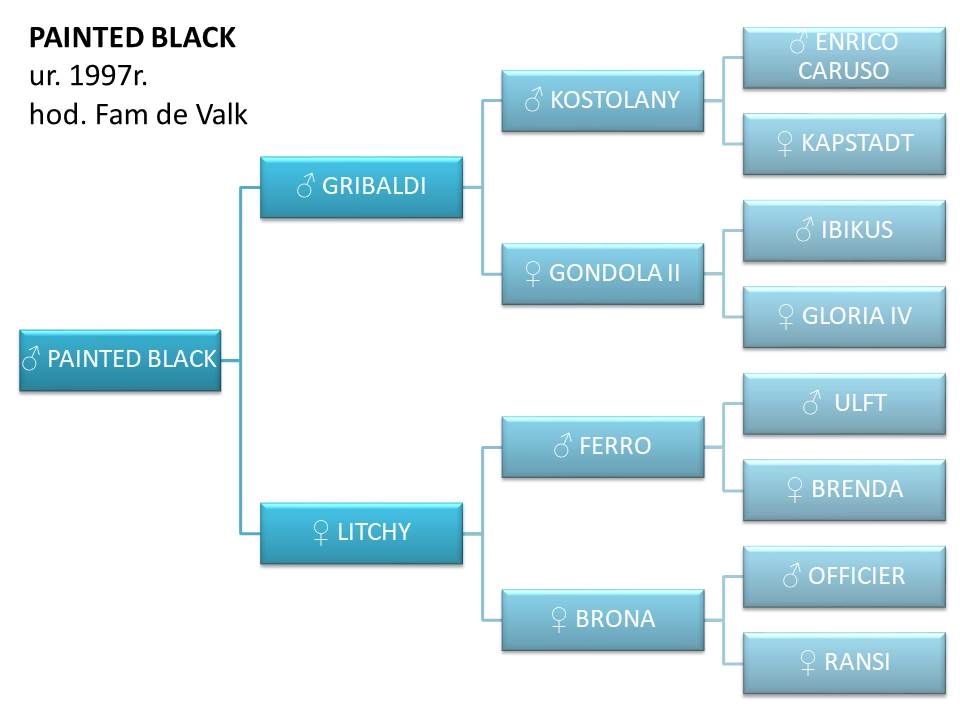 Is a son of the preferent top-producer Gribaldi. Has an incredibly long sportive and successful career behind him, with tremendous success in the stallion competitions and young horse competitions under Hans Peter Minderhoud. As a 6-year-old, under Anky van Grunsven, he was reserve champion at the WC for Young Horses in Verden and won the Dutch Small Tour Championship in 2005. Continued his successful international career with the Dutch Big Tour Championship in 2008 and a 3rd place in the World Cup Final in Las Vegas (2009). Since 2010 has been exceptionally successful in the U25 competitions with Morgan Barbançon Mestre.

As a result of the KWPN-conferment of the “Preferent” predicate, Painted Black joined the elite group of top-producers. With an index of 173 and a reliability of 91%, Painted Black is highly-ranked on the KWPN-index of  proven producers.

Has a number of approved sons such as: Bon Bravour, Enzo Ferrari, Ebony, Dynamo PB.