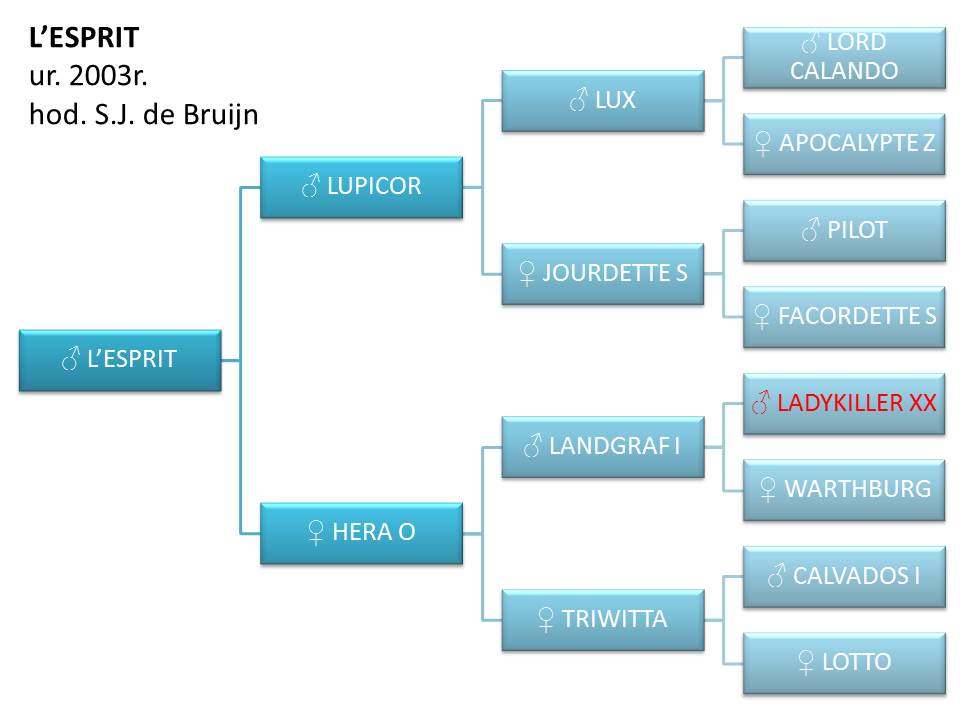 This beautiful son of Lupicor became the sensation at the 2006 KWPN stallion approval. His appearance, behaviour, movements and jumping qualities made him stand out and earned him the title KWPN stallion champion 2006.

L’Esprit is bred out of the Holsteiner keur mare Hera O (s. Landgraf I) who received very high marks during her mare performance test. The line goes back to the Holsteiner stallions Calvados and Rinaldo (Stamm 4847). Out of this breeding line the famous stallions Lancer I and II, Lados and Hinault originate. In addition several international show jumping horses are bred out of this line. Some examples are: Cher (Piet Raaymakers), Classic Woman (Markus Renzel), White Jumper (Ben Schröder) and Carlos Boy (Ken Berkley).

L’Esprit is approved by both the Westphalian Studbook and the KWPN studbook, and presented his first offspring last year. Foals from L’Esprit have excellent conformation in combination with powerful movements. The filly Cegrid became the 2007 foal champion at the Zuid-Holland breeders society.