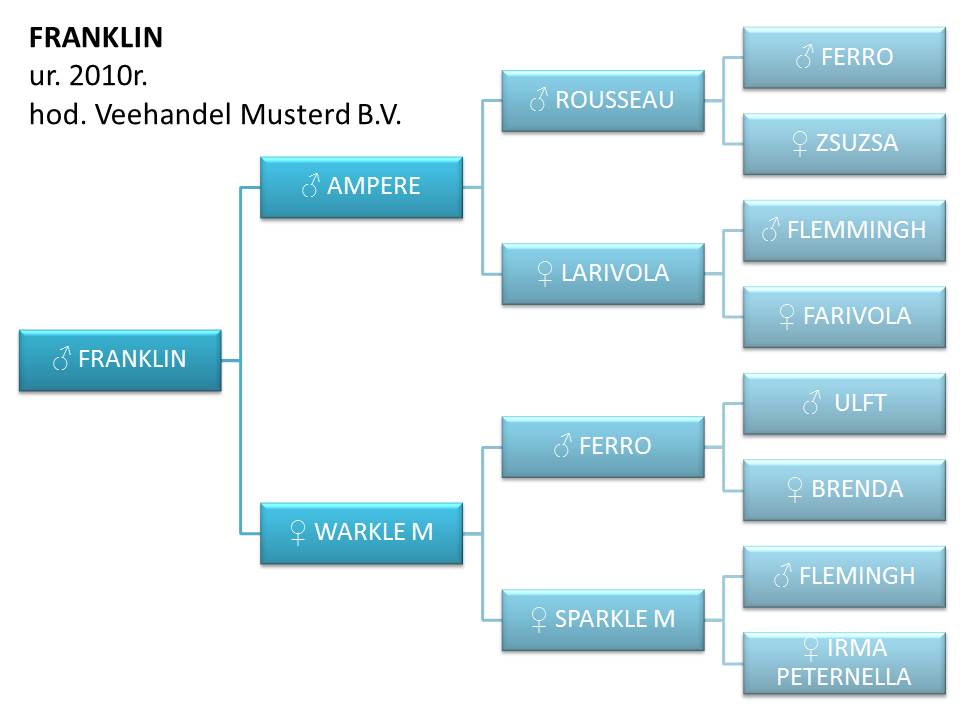 KWPN Champion 2013! Extremely interesting champion stallion by the popular and internationally recognized Ampére, who got his breakthrough this year with eight approved sons in Holland, Westfalen and Holsten. Ampére was champion stallion in Holland in 2008 and later on, he won the material test (walk 8.0, trot 9.0, canter 9.5 and rideability 9.0). His sire, Rousseau, won silver at the world championship for young horses in Verden in 2003 and has been able to present the champion stallion in Holland three times in a row. As Franklin is line-bred on two of Holland’s major breeding magnates Ferro and Flemmingh, Franklin is a young stallion, on whom many people place great expectations. We hope that he will be able to meet them.

His foals from the first two seasons show great potential. Several of his offsprings have inherited his spectacular gaits and great movements with active hind legs and a strong top line.

Franklin won the Dutch performance test in 2013 and was awarded champion stallion in KWPN 2013.

As a 5yo, he was a finalist at WCYH and also participated as a 6yo. His first offsprings have shown great potential. One of Witch – Faretti – was awarded Danish Dressage Filly Champion 2017.

Franklin is approved in KWPN, HANN, OLD and DWB.

PROGENY IN OUR BREEDING
2019 – Oxford Blue after Ultramarine (Opan)